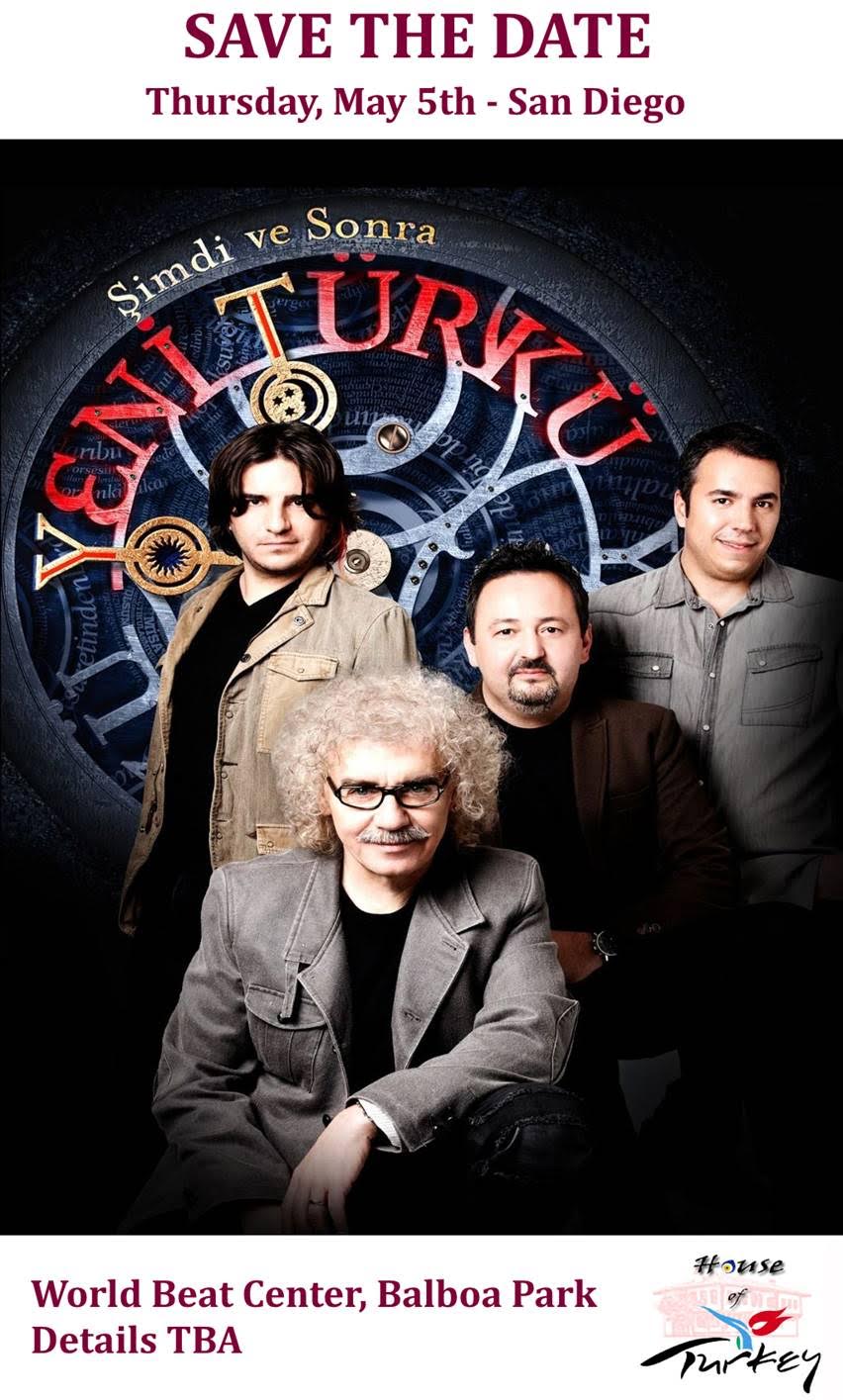 ORGANIZED by HOUSE OF TURKEY

Yeni Türkü is one of the best selling and best-known bands in Turkey. The group has held concerts in more than twenty countries and has recorded many albums since forming in 1978. Their musical style is characterized by a combination of traditional Turkish and modern musical instruments, including the oud, baglama, kemence, qanun and guitar. Many of their lyrics are based on poems of critically acclaimed contemporary Turkish poets. This diverse combination produces a broad range of Turkish and Mediterranean melodies, incorporating themes of Anatolian and Byzantine cultures. Their music reflects influences of music from around the world. Yeni Türkü’s blend of traditional and ethnic songs appeals to all generations and cross-cultural audiences. All group members have changed several times throughout the years, with the exception of the lead singer Derya Köroğlu.