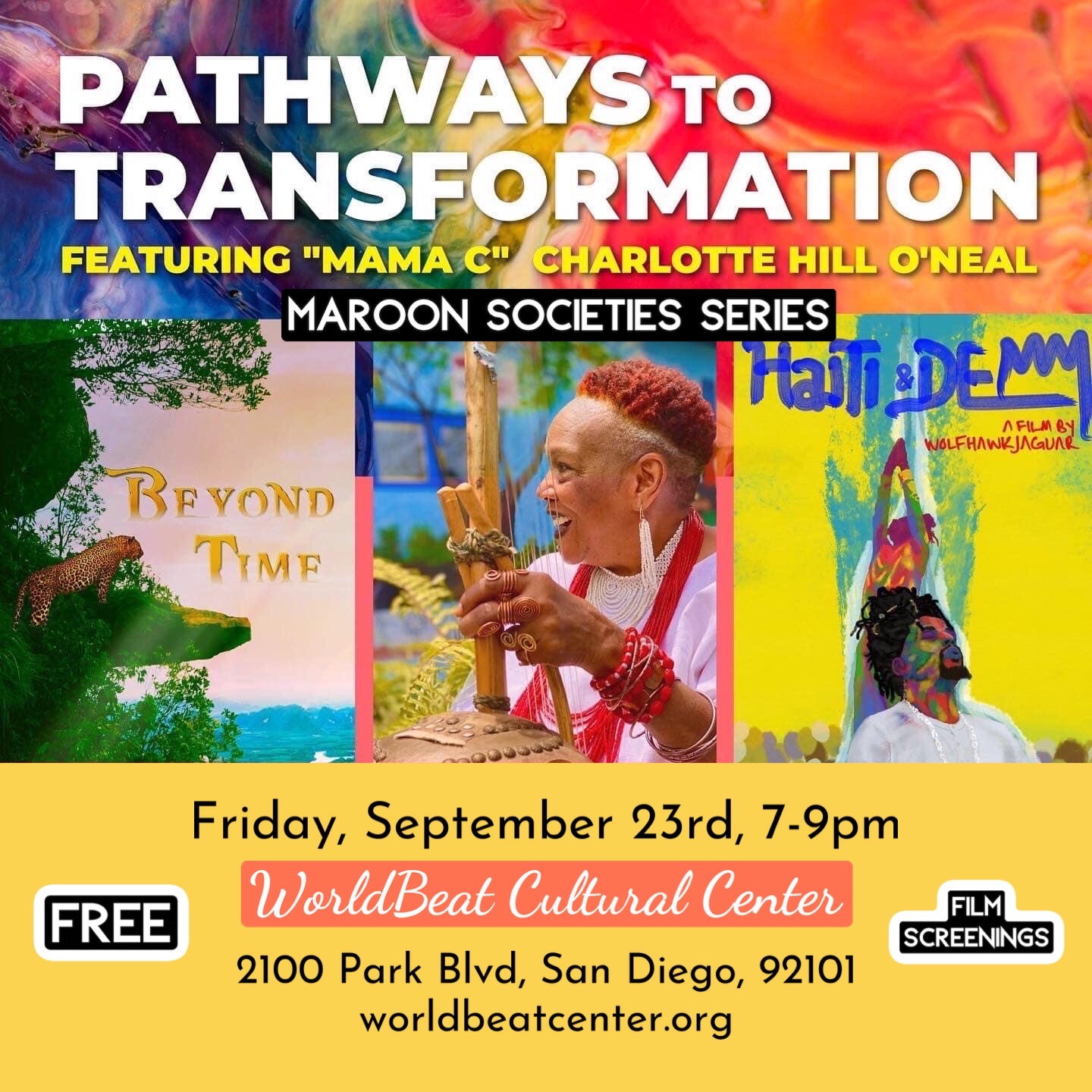 Friday, September 23rd, 7-9pm
Adimu Madyun new films, “BEYOND TIME” & “Haiti & DEMM” featuring Charlotte Hill O’Neal, Adimu Madyun and Brotha Peace plus our guest Mama C will be sharing some of her music and poetry
Come join us for this free event at WorldBeat Cultural Center
About Beyond Time Film
In the rejection phase of life a representative of Ogun is chosen by the Ancestors to regain his power regain his strength, chosen to go beyond time to go through invisible doors opening portals into new worlds giving him access to keys that will allow him to continue his mission of clearing the path and finding the way

Her Orisha spiritual name is Osotunde Fasuyi. She was initiated several years ago as a priestess in the Yoruba belief system, which originated about 10 000 years ago in present-day Nigeria. Enslaved Africans brought it to the Americas and the Caribbean, where it syncretized with other belief systems and is now practiced throughout these areas.

Charlotte is bedecked in jewelry and beads. Some items represent Orisha deities and others are traditional Maasai beadwork.

She is a former member of the Black Panther Party, who fled the United States with her husband Pete O’Neal half a century ago.

Charlotte speaks Swahili with a Midwest drawl and her skin is decorated with tattoos: a black panther on her left shoulder and Sankofa, a symbol the Akan people of Ghana use to represent the importance of gaining knowledge and wisdom from the past, on her arm. African instruments, including the stringed nyatiti traditionally played by the Luo of present-day Kenya, replace the gun once strapped across her body.