Tribute to John and Alice Coltrane 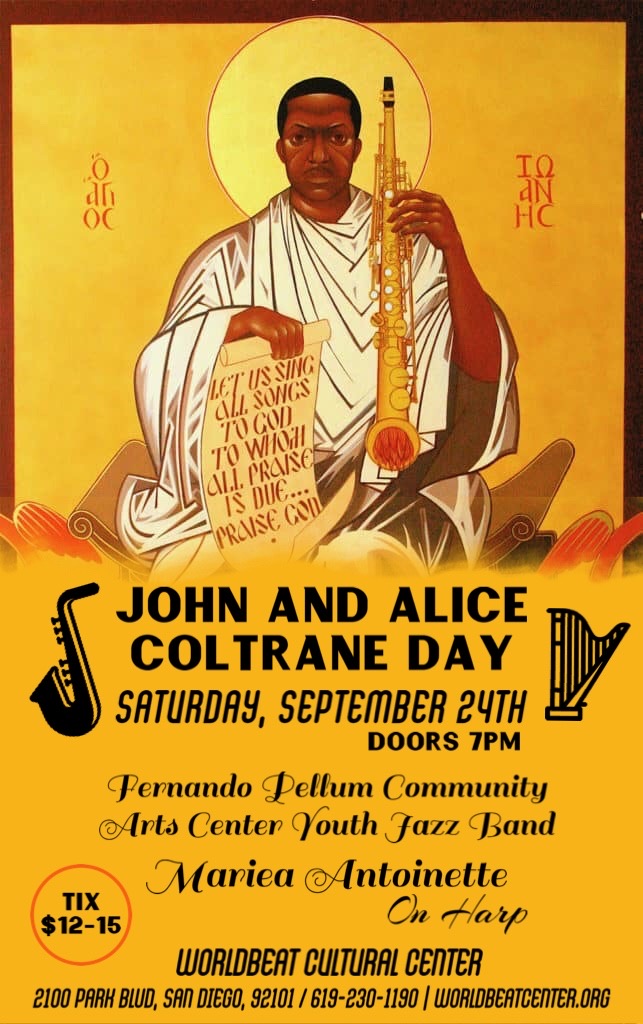 About John and Alice Coletrane

John and Alice Coltrane are an amazing jazz duo and couple who both had extremely influential careers. Alice was born in 1937 in Detroit, Michigan as the youngest of six siblings. She developed her musical ability very young playing organ for the Mount Olive Baptist Church at nine. By the early sixties, she had established herself in the Detroit jazz scene collaborating with an abundance of prolific artists. It was in that scene where she replaced McCoy Tyner as the pianist for the John Coltrane quartet. John was born in 1926 in the small town of Hamlet, North Carolina. Growing up very religious he gained an affinity for gospel-style music. After taking up the saxophone while many of his family members passed away, he found music as a lifeline. Moving to Philadelphia in 1943 John immersed himself in the jazz scene and over time became the jazz legend we know today.

About Mariea Anttoinette
Mariea Anttoinette is a harpist from San Diego who traveled the nation and beyond with her soulful harp performances. Studying music at U.C.S.D and the University Of Arizona. She has played as the principal harpist for the Los Angeles Southeast Symphony Orchestra and for Michelle and Barack Obama. It’s safe to say she is an extremely talented artist.