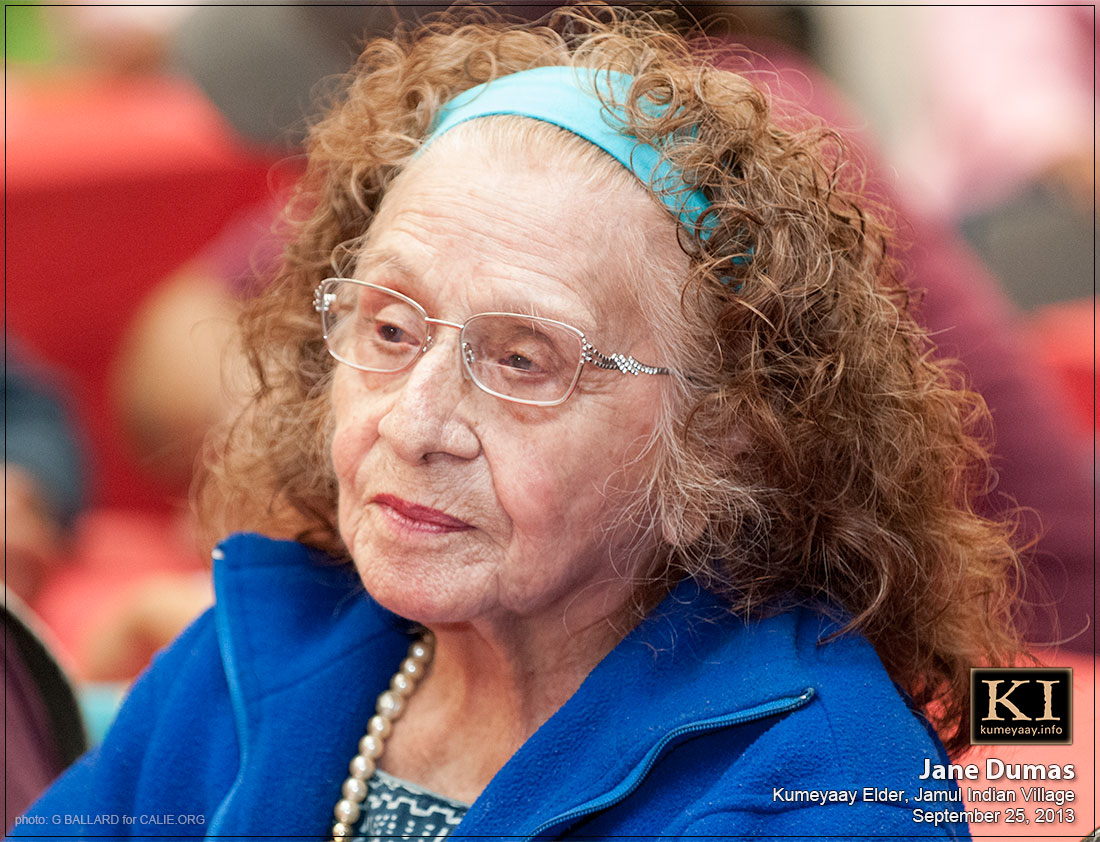 Jane Dumas (June 25, 1924- May 3, 2014) is a member of the Jamul Band of Kumeyaay Indians in East County. She spent a lifetime teaching, leading and advocating for the American Indian community of San Diego, always emphasizing the value and importance of traditional language and history in today’s urban and American Indian societies. She’s made it her lifelong mission to teach the language of the Kumeyaay people to American Indians and non-Indians alike, and to share the healing powers of native plants. In 1981, Jane helped found the San Diego American Indian Health Center, and since 1986 she has been described as an “anchor, leader, peacemaker, and bridge between Indian and non-Indians in the areas of medicine and education” and believes that “we can become healthier as both individuals and as a community by incorporating traditional knowledge and spirituality.”