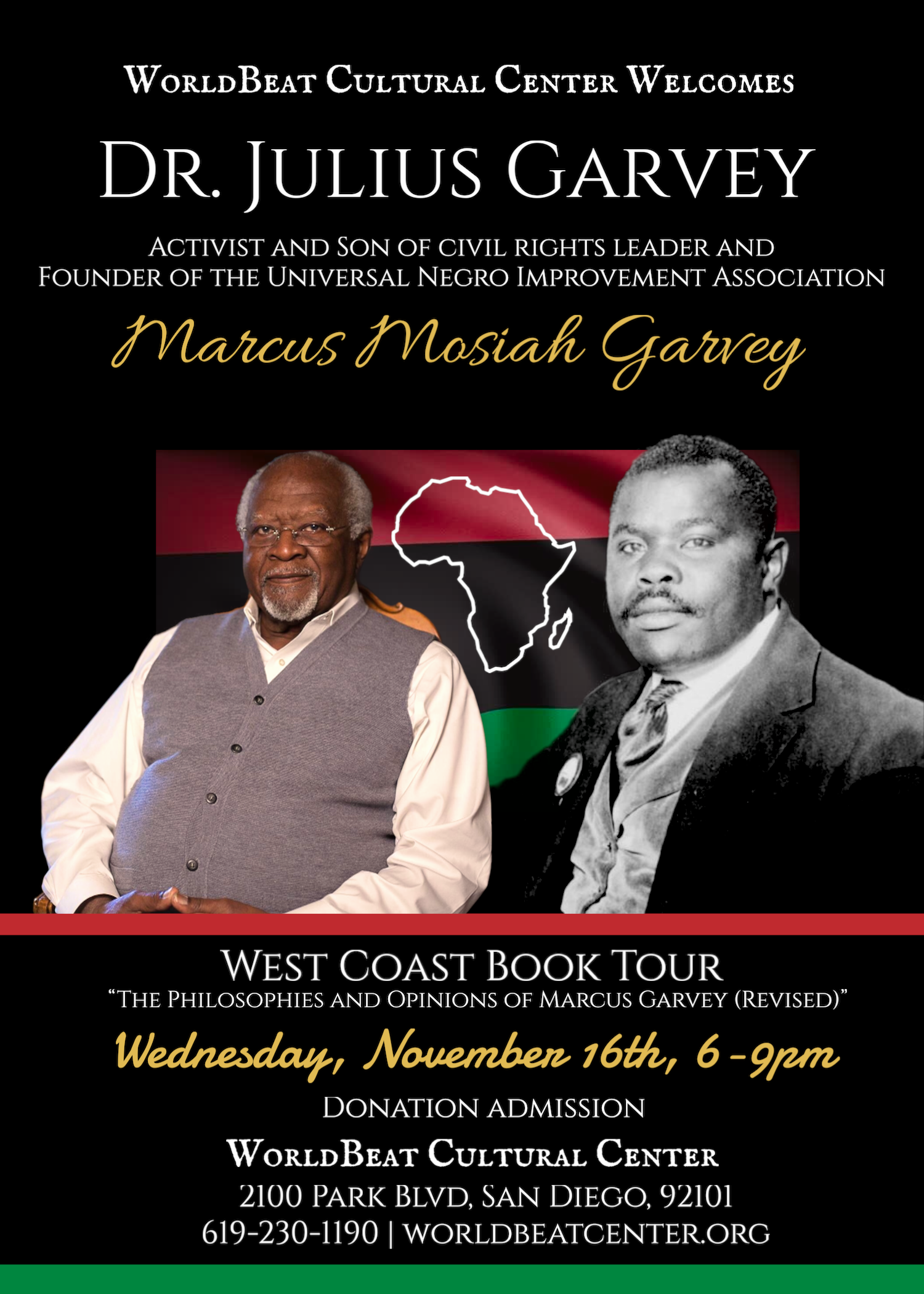 WorldBeat Cultural Center is pleased to welcome Dr. Julius W. Garvey, son of Marcus Mosiah Garvey to WorldBeat Center as part of his West Coast Book Tour for the revised edition of “The Philosophy and Opinions of Marcus Garvey”.

Surgeon and medical professor Dr. Julius W. Garvey was born on September 17, 1933 in Kingston, Jamaica to United Negro Improvement Association founder Marcus Garvey and activist Amy Jacques Garvey. The younger of two sons, Garvey was raised in Jamaica. He graduated from Wolmer’s Trust High School for Boys in Kingston in 1950; and then earned his B.S. degree from McGill University in Montréal, Canada in 1957, and his M.D., C.M. degree from McGill University Faculty of Medicine in 1961.

The late leader’s son, Dr. Julius W. Garvey, has been leading the charge to have his father’s name cleared after the elder Garvey was convicted of crimes that the family solidly argues he did not commit.

In an exclusive interview with theGrio, Dr. Garvey explained the finer details of the Justice4Garvey movement, which has the stated goal of seeking exoneration for Marcus Garvey. The elder Garvey was born Aug. 17, 1887, in St. Ann’s Bay, Jamaica, and established the Universal Negro Improvement Association and African Communities League (UNIA-ACL) in 1914 in his home country before moving the headquarters to New York.

In 1923, Garvey was convicted of mail fraud in connection to the Black Star Line program he established as a pathway to economic equality for Black people. Garvey was imprisoned and later deported, and his surging movement in America was stalled as he never again returned to the states. The Garvey family maintains that the charges against the leader were trumped up in order to halt any momentum that Garvey gained in the fight for civil rights.

In a statement coinciding with the most recent resolution to pardon Marcus Garvey, Rep. Clarke said, “I call for the President [Biden] to exonerate Mr. Garvey on the grounds that the case against him was politically motivated, unsubstantiated, and unjust.”